How New York Got its Name

Standard by admin August 4, 2015 No Comments 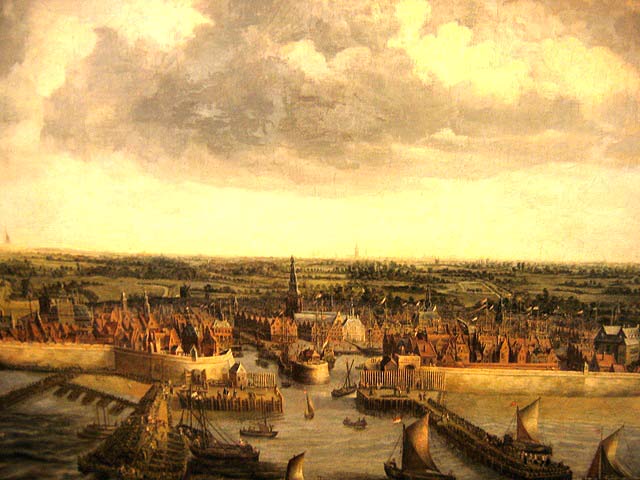 The territory known as New York can trace its history as far back as 10,000 BC. That is the earliest trace of the natives who lived there, a group of loosely connected bands collectively known as the Lenape people. The group had two different cultures it identified with primarily: Iroquoian and Algonquin, which had both fully developed by 1100 AD.

The French were the first to touch down in New York, stopping only briefly to make a land claim, but they were not the ones to give New York its name. Within 90 years, the Dutch would arrive to make an additional claim. The Dutch called this area “New Netherland”, and expanded holdings as far as Rhode Island, Delaware and Connecticut. Primarily formed as a private business venture, these holdings were in constant jeopardy from the various bands of natives already settled in the area.

The Dutch had a rocky relationship with the natives, part trading partners and part adversaries, the Dutch erected walls around Fort Amsterdam in order to defend against the Lenape attacks. Soon resistance from the British intensified the defensive efforts of the Dutch and they finally surrendered Fort Amsterdam in 1664.

When the British took over the territory, they renamed the area New York in honor James II. James was Duke of York at the time, having served as Lord Admiral during the siege of New Amsterdam. His efforts in obtaining this land warranted the honor, in addition to the many political duties and titles the Duke held over his lifetime.

About the Author: Phineas Upham is an investor at a family office/ hedgefund, where he focuses on special situation illiquid investing. Before this position, Phin Upham was working at Morgan Stanley in the Media and Telecom group. You may contact Phin on his Phineas Upham website or Twitter page.