The Evolution of Construction Claims

Standard by admin December 23, 2015 No Comments 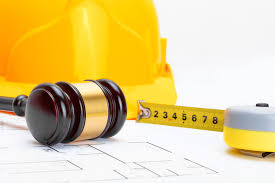 There was a period of time where the relationship between the owner of a construction project and the contractor had a congenial relationship. These days have pitted the two against each other due to liquidated damages stemming from complications. Problems that were able to be solved in the field have now become a compensation-seeking matter. Additionally, there was less competition and projects weren’t as complicated as they are now. Claims are now a staple in the construction industry and now that all 50 states have agreed to allow for additional compensation through claims, filings have been exponentially increasing.

With claims being filed left and right, construction claims consultants have been in high demand due to the complexity of some claims. Ranging from simple delays to failed contractual obligations, claims can disrupt the flow of work on a project and can potentially cost the stakeholder loads of money. While there is a concern about claims, the reality is that even by minimizing the chances of these claims from occurring, the percentile that one arises is still invariably high.

With the aid of construction claims management teams, a draft of a claim must first be created and then filled with detailed information that stresses why damages are necessary. The claim’s success rate is dependent upon the amount of detail placed into the claim and the validity of the argument.

There are multiple steps in the claims process, one of them being the mediation process. When the construction claims expert gives an overview of how the claim is going to run its course, then both parties have the option to discuss whether a settlement can be reached through mediation.

Bio: Lyle Charles is an expert in the construction field and is also a construction claims consultant. If you are in need of expert advice, consult with him and his team today.