The History of Transoms in Gothic Ecclesiastical Architecture 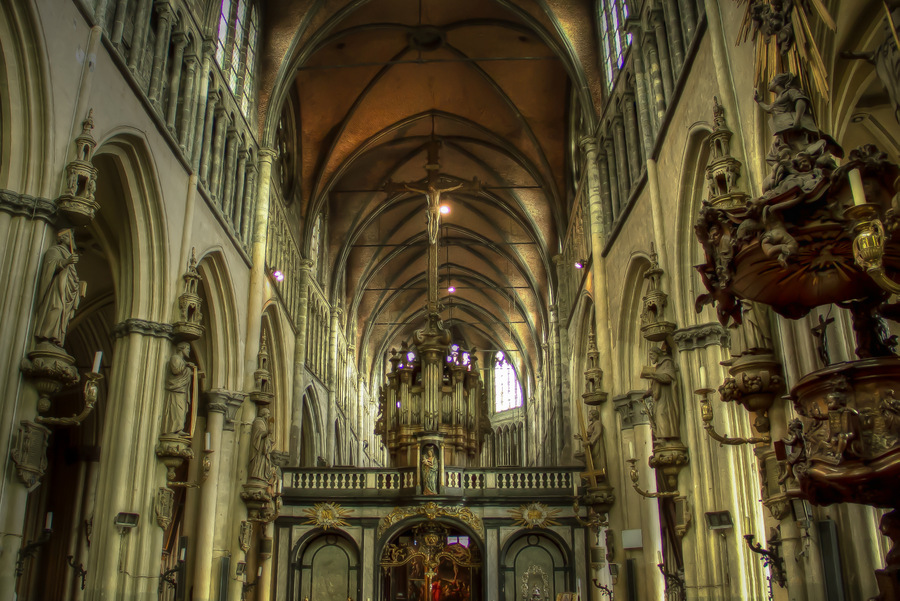 Transoms are elegant architectural assets which can be added above doorways and windows for a multitude of purposes, from brightening an entryway to allowing better airflow through the interior of an office building. However, they are not simply utilitarian. The inception, development, and use of transom windows spans more than 700 years and crossed the ocean to influence Modern American design in surprising ways.

The transom window is thought to have emerged in 14th Century Western Europe as unglazed windows in belfries. Despite this inconspicuous inception, they eventually rose to fame as a feature of Gothic ecclesiastical architecture. During the “Decorated” period, decadent curvilinear stone embellishments known as “tracery” reinforced church windows across England. However, when the plague tore through England, killing more than half the population between 1348 and 1362, these extravagances began to appear vulgar to the grieving populace.

The Rise of Transoms

Without tracery, architects needed to use other techniques to reinforce building stability. Architects combined slim mullions (vertical stone supports) with horizontal transoms which created a fan-shaped panel when used to support the arched window moulding. This allowed for the installation of immense stained glass windows. The prominent juxtaposition of vertical and horizontal lines is characteristic of what later came to be known as “Perpendicular” Gothic architecture.

Modern Americans may be surprised to learn they are more familiar with transoms than they may expect. Transoms became commonplace again during the 50’s and 60’s, particularly in apartments and office buildings. They were often installed above interior doors to improve lighting and airflow. The AMC show “Mad Men” is known for its award-winning attention to detail in set design. They have paid homage to the role of transoms in mid-20th century America a number of times, including by name and as prominent plot elements in seasons 4 and 5.

Bio: ETO Doors is a custom door manufacturer that carries a wide variety of doors available for custom order or purchase online. Based out of Los Angeles and with two showrooms in New York and Las Vegas, ETO Doors has a wide variety of specialized options such as solid wood and hand-carving that sets them apart. Read ETO Doors reviews, browse their selection, and more at the ETO Doors website.