The Mutiny Aboard the Discovery 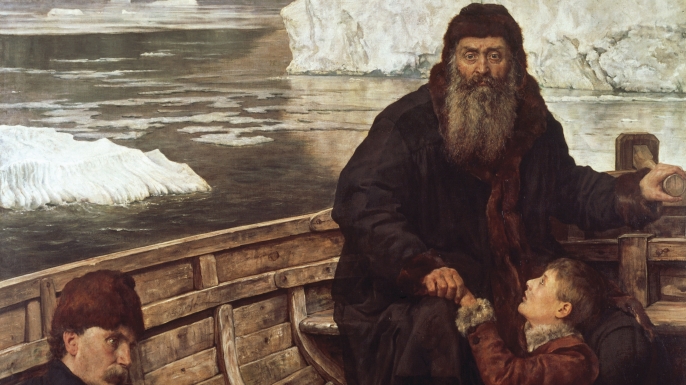 Henry Hudson’s early life isn’t well documented, but it’s believed he spent the majority of his early years as a cabin boy grooming himself for a Captain’s position, which he acquired as a young man. He learned the art of navigation and became adept at exploring the Arctic region in search of the Northwest Passage.

His work brought the Hudson Bay Company great rewards, as he had discovered Hudson Bay. Twice the size of the Baltic, every ship hoping to search for the Northwest Passage crossed through this region and Hudson profited from many of them.

The spring of 1611 began on an optimistic note, which was a much needed change from the terrible winter the crew had endured at the close of 1610. Snow and ice had trapped the Discovery and the crew had taken to shore in order to find shelter and survive.

Still, much of Hudson Bay remained uncharted and the Northwest Passage had yet to be found. Hudson was not content to sit back and let that chance pass him by. The beautiful weather spurred him on.

Unfortunately, he was alone in his pursuit. According to the journal of Abacuk Pricket, a survivor from the mutiny, Hudson and his sons were placed with a few of the sick onto a vessel and left to drift at sea. The journal states that two men, Greene and Juet, led the mutiny and described the David-and-Goliath-like struggle as Discovery opened sails and the mutineers watched the small skiff fade into the distance.

Hudson was never heard from again, and Greene and Juet never made the return voyage to England. Take of that what you will.

About the Author: Samuel Phineas Upham is an investor at a family office/ hedgefund, where he focuses on special situation illiquid investing. Before this position, Phin Upham was working at Morgan Stanley in the Media and Telecom group. You may contact Phin on his Samuel Phineas Upham website or Facebook.